Find the condo or townhouse under construction in Etobicoke that is the best deal for you in seconds.

This list of new builds contains projects that you won't find anywhere else and massive discounts of $50,000 and more! 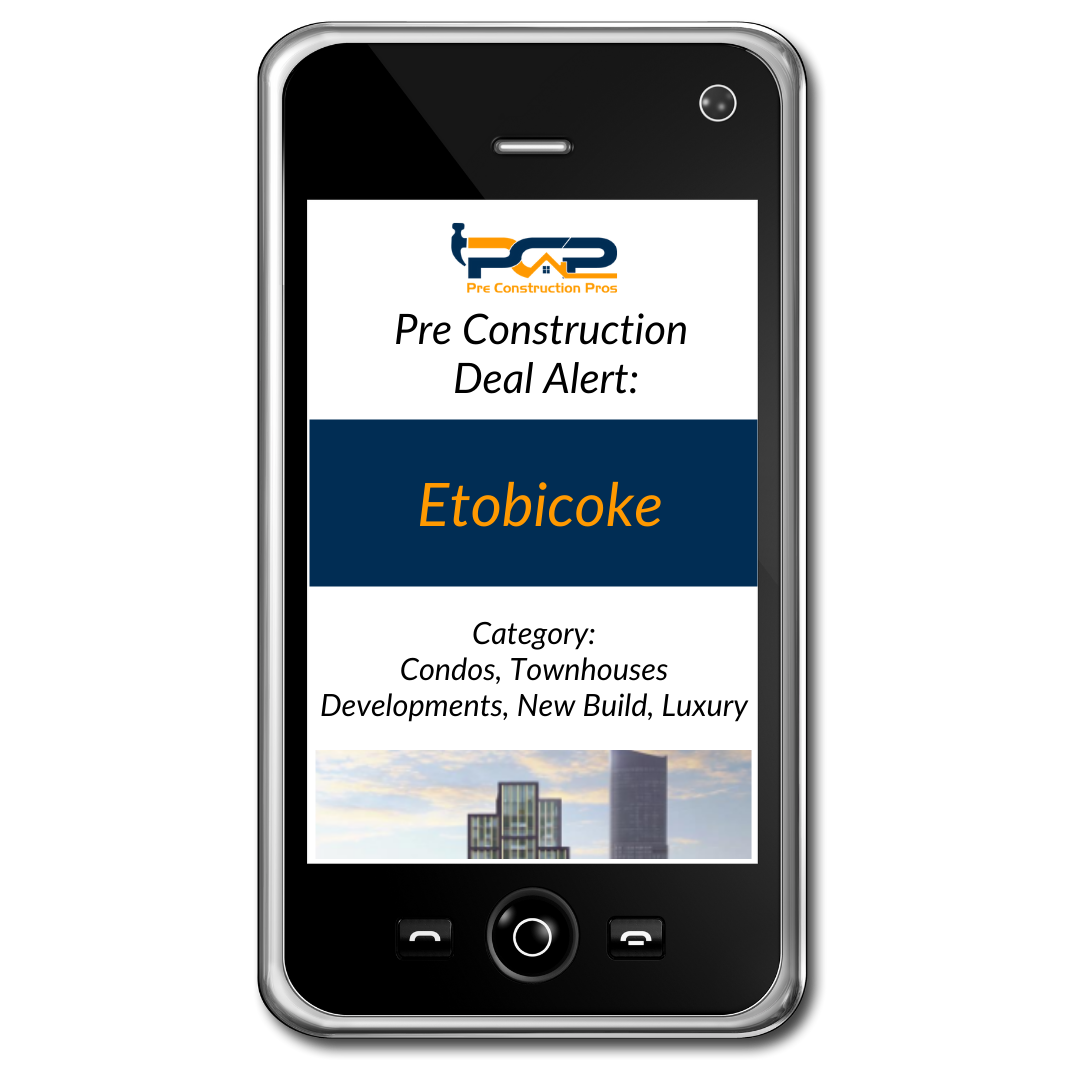 Why Pre-Construction In Etobicoke Might Be The Solution You're Looking For...

Get All The Best New Construction Deals In Etobicoke

Pre Construction In Etobicoke Is An Amazing Opportunity - That You Simply Can't Miss Out On...

That's where our free list of the best new construction deals in Etobicoke can help you find your perfect deal and save thousands of dollars.

Get All The Best New Construction Deals In Etobicoke

Your Resource For The Very Best New Developments & Deals In Etobicoke

By signing up for the free pre construction emails, you'll stay ahead of rest of the market, get early access to top Etobicoke projects and more.

So we get you discounted pricing and other incentives on Etobicoke new condos, developments and pre construction - all completely free! 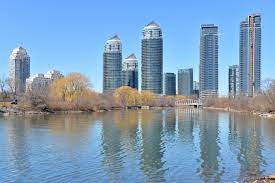 Etobicoke is an administrative district and one of six municipalities amalgamated into the city of Toronto, Ontario, Canada. Comprising the city's west-end, Etobicoke was first settled by Europeans in the 1790s, and the municipality grew into city status in the 20th century. Several independent villages and towns developed and became part of Metropolitan Toronto in 1954. In 1998, its city status and government dissolved after it was amalgamated into present-day Toronto. Etobicoke is bordered on the south by Lake Ontario, on the east by the Humber River, on the west by Etobicoke Creek, the city of Mississauga, and the Toronto Pearson International Airport and on the north by Steeles Avenue West. Etobicoke has a highly diversified population, which totalled 365,143 in 2016. It is primarily suburban in development and heavily industrialized, resulting in a lower population density than the other districts of Toronto. Much of its cityscape is characterized by larger main streets, shopping malls, and cul-de-sac housing developments. Etobicoke has several expressways, including Highways 427, 401, 409, the Queen Elizabeth Way and Gardiner Expressway. Etobicoke is the western terminus of Line 2 Bloor-Danforth of the Toronto subway and served by four suburban rail stations of GO Transit. Humber College is in Etobicoke, encompassing two campuses, one of which is also home to the University of Guelph-Humber.

This lets us know exactly what you are looking for as well as a bit more information about your specific situation. That allows us to know how to serve you best and send you the best Etobicoke projects that fit your criteria for new developments, new Condos, townhouses and pre construction.